Back to School for Our Group Technical Director! 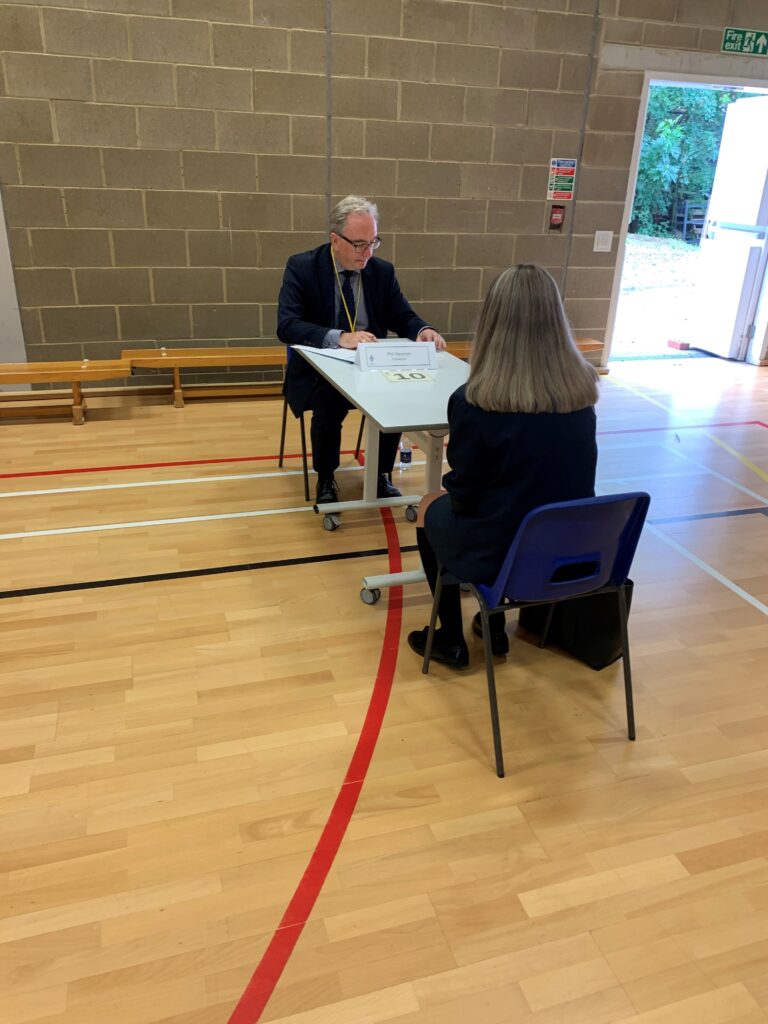 Phil Neenan, Frankham’s Group Technical Director, was asked by Eltham Hill Secondary School to interview Year 10 girls in a mock job interview event arranged by the school’s careers advisors as part of the Careers Education, Information, Advice and Guidance programme. The session was part of the Employability Day, an occasion designed to prepare the pupils for interviews that they will surely face in later life. The interviews were only ten minutes long and the questions were non-job specific. Phil was joined by a number of external volunteers drawn from local businesses and organisations to give the girls a real flavour of a job interview with somebody that they had not met before.

Phil said “The event was really well organised. The girls were absolute stars! I’ve interviewed many prospective employees in my time, but obviously not this young. It was great fun. I was really impressed that they had all prepared for the interview with such care. Although there were some nerves, they soon got into the swing of things. All had some idea of what they wanted to do in life and their responses were articulate and enthusiastic. I wasn’t expecting such a response from 13-14 year olds.”

The interviewers covered six students each and were asked to give a brief report on their performance, commenting on which of the six they would have employed. The results were collected by the school and the successful student will receive a “You’re Hired” certificate, presented by the Principal of the school.