The company grew steadily as a Building Surveying practice during the 1980s and a recruitment company Pro-Link was created to cater for the growing client demand for contract professionals. In the late 1980s the pace of growth increased both organically and by acquisition and the company started on the road to becoming a fully multi-disciplined practice with Engineering, Architectural, Land Surveying and Quantity Surveying services now being provided.

From an early stage Frankham embraced the use of technology, developing the use of Computer Aided Design in the early 1990s and delivering their first 3D commission in 1995. Today, the design teams are at the forefront of the use of Building Information Modelling (BIM) on projects.

Quality Assurance and the evolution of an auditable business processes and procedures became key in the mid 1990’s and in 1997 Frankham obtained accreditation to ISO 9001:2000.

By 2002 the company had become a group of companies with approximately £7 million turnover and over 120 staff, with offices in Bexleyheath, Chislehurst and Eastbourne. It was at that time Frankham restructured to form one company – Frankham Consultancy Group Ltd. In that same year the Oxford office opened.

2004 saw the creation of Frankham Risk Management Services (FRMS) as a response to the need for integrated professional compliance services. FRMS is now a strong part of the group providing compliance solutions to all sectors. It has also created a compliance software company, CAMSoft Ltd and was awarded the UKAS Asbestos accreditation in 2012.

In 2005 Frankham moved back to Sidcup after completing the design and build of a new office that became the Group’s Headquarters. The south coast offices had by then relocated to Haywards Heath and a Central London office had been opened.

Environment and sustainability have developed as core requirements in construction and Frankham has put in place qualified Environmental Engineers, Low Carbon Consultants, BREEAM and CfSH Assessors and in 2006 was accredited to ISO 14001:2004.

In addition to the wide range of professional disciplines Frankham offers other specialist subsidiary companies have been created providing Development Consultancy, Frankham Projects 2009, and Area Referencing, Lane and Frankham 2013.

Frankham gives every opportunity for our staff to develop and sees it as very important to help produce the next generation of chartered professionals through training programmes approved by a number of professional institutions including the RICS and RIBA. Frankham’s commitment to their staff was first recognised in 2003, as an Investors in People, then in 2011 by achieving the IiP Silver standard.

Frankham now employs nearly 200 staff across five offices, including a new office that has opened this year in Leeds to service the North of the country and are recognised as a top 60 consultancy in Building Magazine’s league tables.

2014 sees the tenth anniversary of Frankham Risk Management and new area referencing company Lane and Frankham goes from strength to strength. The Group celebrates increasing amounts of project wins and successes with new consultancy frameworks. We continue to invest in the technology and training for BIM and are rolling out processes and protocols so that we will be fully responsive well before the 2016 deadline.

Frankham continues to invest in technology and training for BIM (Building Information Modelling) and is rolling out processes and protocols so that we are fully responsive to forthcoming 2016 requirements.

At the beginning of the year we revamped our careers and opportunities initiatives which includes a route for Tradesman to progress to technical or professional status. We have taken advantage of the Government apprentice scheme to employ new starters.

Frankham is continuing to move our entire business towards BIM Level 2 Certification, in conjunction with the BRE.

From the outset, the Frankham team has been proactive about giving back to the community and it is genuinely part of our culture. Dennis Wise and Frankham Group Charitable Trust (formerly Dennis Wise in the Community) was formed in 2000 by Steve Frankham and Dennis Wise with the aim of providing much needed support to local communities and we have an established CSR Committee in place to help establish and steer the group’s actions across our chosen core areas.

Frankham Consultancy Group strives to be an industry leader being innovative, taking on new challenges and developing new ideas and technologies.

As we enter our 37th year in business, we have continued to grow even with the economic uncertainty in the country and the ongoing delays regarding Brexit. We always believe in the saying , “if you don’t know where you are going you will end up somewhere else “ so business planning is key, the good news is that we are on course to exceed our current goals.

Our subsidiary companies have played a huge role within the Group. In particularly, Frankham Risk Management Services, our compliance company, have also extended their services within the fire industry to fire engineering and training. They have become the consultant to talk to with regards to complex fire risk mitigation following the Grenfell tower disaster in 2017; one of the UK’s worst modern disasters. This has now led to the changing requirements of cladding and re-cladding for many high-rise, high risk buildings within the housing sector. Frankham one stop shop integrated services capability is able to develop fire engineered designs to implement a total solution for our clients from survey through to handover and final account.

Frankham Projects our development and planning team have also delivered some ground-breaking projects helping their clients to release added values from their assets, generating wealth and investment potential for future projects.

Frankham has also been involved with the award-winning London Bridge station retail project. This is a flagship project delivering a number of retail schemes. Our specialist retail design team has helped to enhance the shopping experience of the customer/commuter.

Finally our company values for supporting the community and those less fortunate has never changed, we are very proud to announce that we will be supporting the Chandran Foundation and all the fantastic work they do for our inner city children.

As 2020 comes to an end, we can probably all look back on the year as a science fiction story.

We have had to take a hard look at both our work and lifestyles, having to make so many changes and sacrifices to get through this pandemic. As we approach the holiday period, it’s time to reflect on 2020 and to recognise and say a massive thank you to our clients who have continued to support us, we also want to thank our supply chain, and last but not least, we want to recognise and thank the support we have had from all our teams, it’s been truly amazing.

During this unprecedented period, we have all learnt new skills as working from home has become the “new normal”. As a business we have continued to invest in our people. We are proud that the Frankham ethos of developing our people has still continued during 2020. 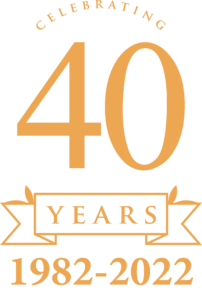 This year we celebrate 40 years in business!

Since Steve Frankham Associates was established in 1982 as a Building Surveying practice, the company has transformed to become a top 100 multi-disciplinary consultancy providing a full range of design, consultancy and engineering services.

We’re incredibly proud of this milestone and would like to say thank you to our valued clients and colleagues at Frankham; none of this would have been possible without you.