The EWS process has brought paralysis to the housing market.

Many leaseholders are waiting on an ‘external wall system (EWS) form’ before they can sell their homes, but this process is not working. John Powell, Managing Director of Frankham Risk Management Services, explains why to Inside Housing. 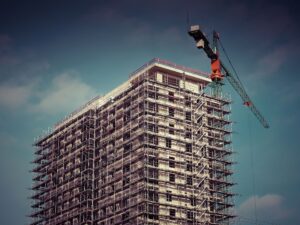 Nearly three years on from the Grenfell Tower fire, we still do not have a clear and concise approach to address the cladding issues affecting buildings around the country.

There has been much debate, much written and numerous recommendations proposed, yet there are still too many individuals and homeowners having to cope with the risk, stress and financial imposition of residing in buildings cloaked with combustible cladding.

I write this not to criticise the work of those that have contributed to resolving this issue, but to question how effective this has been.

Immediately after Grenfell the focus was on aluminium composite material (ACM) cladding, and the government rightly commissioned investigation and testing of these materials.

Landlords, both private and public, had to advise on the number of buildings which had been clad with these materials, with the emphasis on those buildings above 18m as these were perceived to be of the highest risk.

This introduced the first area of confusion as ‘high risk’ was generally associated with ‘high rise’, which it clearly does not as a building below 18m can equally be devastated by fire.

Moreover, from a valuation viewpoint, lenders are not concerned with height but whether the wall materials are combustible or not.

Despite many views to the contrary, government continued to focus solely on ACM. There was and continues to be a misplaced view that only those buildings clad in ACM presented a risk and the testing regime that followed was an attempt to prove this insofar as ACM carries a “unique risk”.

The government’s regime for testing other materials published its results in April. While none of the samples showed as poor a fire performance as polyethylene-cored ACM, further testing is required to understand how the other materials would perform in a real world fire.

But, as Inside Housing has reported, the government has so far failed to test common systems, such as expanded polystyrene insulation (EPS), which has been widely used throughout the UK, despite an awareness that they are flammable.

Despite this, many councils and social landlords have undertaken their own investigations and testing, including testing EPS, which has shown to be highly inflammable. This YouTube video of a small sample of EPS, taken from one of the many buildings we have investigated, demonstrates this well:

So, why is it that the government is refusing to undertake these tests? We can all ponder.

Is it the shortage of testing facilities, is it concern of the possible outcome, or is it simply that they know there is a problem but it’s a problem for another day?

Ultimately, buildings clad with EPS are unlikely to meet one of the two tests of Advice Note 14 insofar as “the external wall systems (including cladding and insulation) must contain materials that are of limited combustibility or be a system that has achieved the Building Research Establishment’s BR 135 classification”.

On this basis alone, we could be looking at the removal of a significant number of systems in the years to come.

This brings me onto remediation and the EWS process. 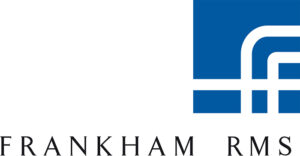 Frankham Risk Management Services and the Frankham Consultancy Group have been heavily involved in undertaking the investigation of cladding systems and developing solutions for the management of and remediation of those systems deemed non-complaint.

While we have been successfully supporting our clients in this area, we are now seeing an ever-increasing number of requests from both clients and residents to sign an EWS1 form – the form that was designed to provide assurances to lenders that the cladding system is safe or is in need of remediation.

The intention is that a “competent chartered professional with fire expertise” will assess whether the materials are of limited combustibility and provide mortgage providers with the assurances they need to support a mortgage application.

This attempt, which was done by a panel of interested parties from the Building Societies Association, the Royal Institution of Chartered Surveyors (RICS) and UK Finance, should be applauded, but unfortunately it is fundamentally flawed.

The development of this approach, without adequate consultation with the insurance industry, is making the process unworkable – primarily because insurance companies are advising their insured persons not to sign these forms.

The following extract from our own insurers is typical of view held across the industry:

“We are aware that the market does not look favourably upon insureds signing documents of this kind. Indeed, having had some preliminary discussions regarding the renewal with underwriters they specifically mentioned documents such as this as being of concern to insurers across the market.

There are potential pitfalls in signing them, including that you have alluded to in your own email, in that Frankham would be providing professional advice on the fire safety of a building where it was not necessarily involved in the original design.

Additionally, the language on the declaration is clear in attempting to shift responsibility directly onto the party conducting the review. Taking the most extreme example, if Frankham concluded and explicitly stated that an external wall was unlikely to support combustion, but the system actually turned out to be combustible resulting in third party loss, on the basis of this declaration Frankham would more than likely be found to have been negligent in the conduct of its professional services, and therefore liable for the ensuing damages.

That being said, in line with how they are perceived in the market, and with your own viewpoint on the matter, our advice would be to continue to resist signing forms such as this.”

We have raised this matter with the RICS and it has responded by advising that there are firms prepared to sign EWS1 forms, but “it is important that firms are guided by their insurance provider when considering whether to undertake EWS1 form work”.

There are indeed a few firms that are prepared to undertake this work and are charging exorbitant fees to do so but, as our insurers have advised, they run the risk that they will not get fire safety and cladding insurance cover upon renewal – a position that Frankham will not entertain.

So as it stands, there are a very limited number of qualified experts available to carry out the checks and this is leading to delays.

In an attempt to break the impasse, Frankham met with Sir Bob Neill, MP for Bromley and Chislehurst. Sir Bob is the deputy chair of the All-Party Parliamentary Group on Leasehold and Commonhold Reform, with a special role in the cladding crisis.

Sir Bob has already raised these concerns in the House of Commons and is actively driving this agenda forward.

Hopefully by banging a few heads together, he can help bring an end to this madness? 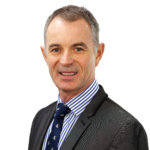