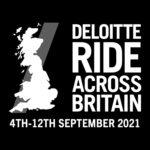 Tomorrow morning, Janet Aburn will be starting her epic cycling journey from Land’s End to John O’Groats! The ride will take place over 9 days and is 980 miles in total!

The first stage begins with some of the toughest climbs of the entire route but these come with rewarding views of the impressive coastline, St. Michael’s Mount and Cornwall’s iconic china clay pits.

Janet will be fundraising for The Chandran Foundation, the charity that the staff at Frankham Consultancy Group have been supporting since March 2019. If you would like to get behind Janet and help her raise much-needed funds for the charity, please visit her JustGiving page:

Good luck Janet, we wish you all the best and will be tracking your progress!